You are here: Home › Where We Work › Africa › HFG at Work in Namibia 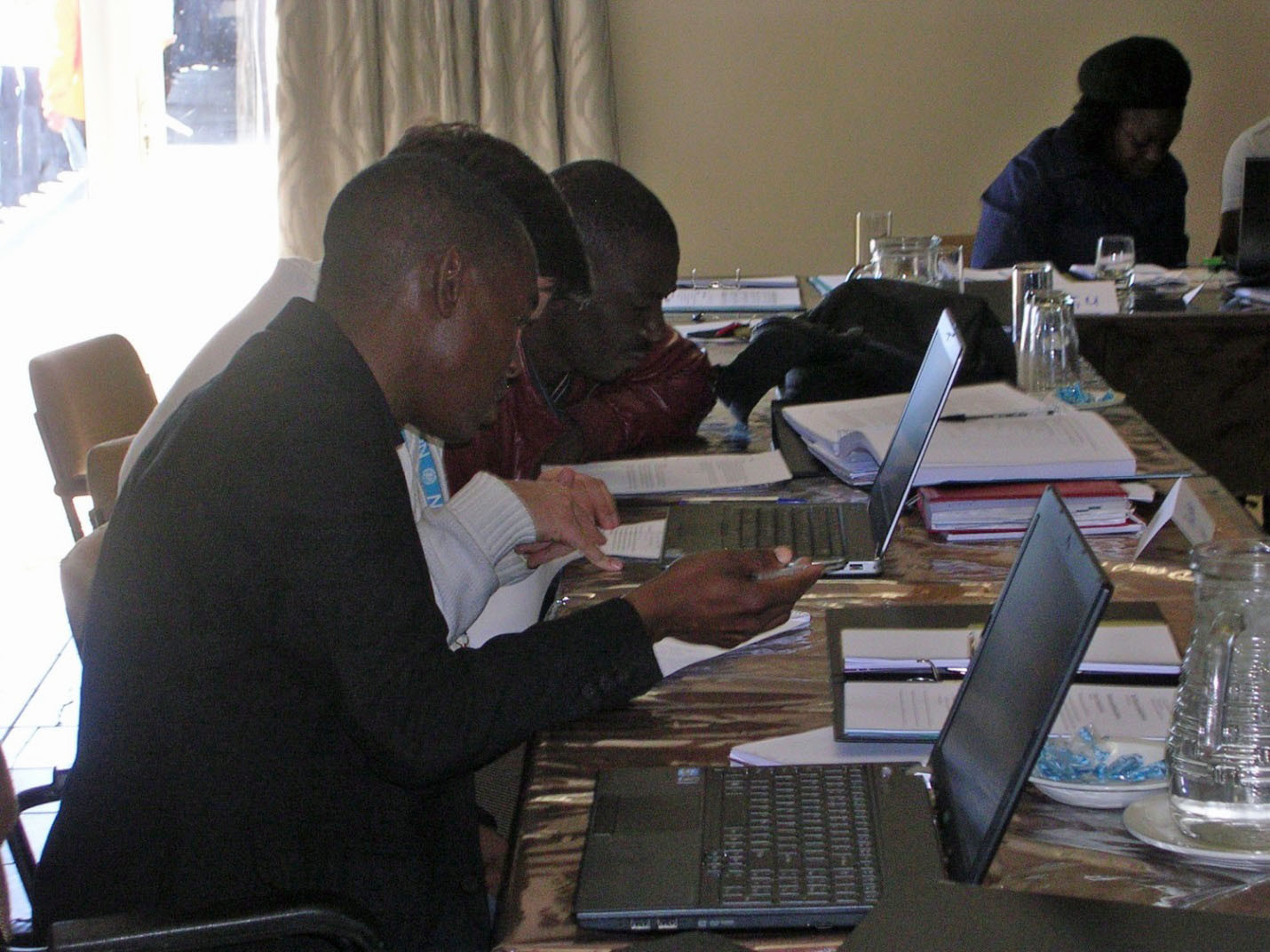 According to the 2013 Namibia Demographic and Health Survey 2013, HIV prevalence among women age 15-49 is 16.9 percent and 10.9 percent for men. Since 2010,  funding from the President’s Emergency Plan for AIDS Relief (PEPFAR) to the Republic of Namibia has declined by more than 65 percent ‒from $98.3 million in 2010 to $34.2 million in 2013. Further reductions in PEPFAR funding are expected in the 2014 and 2015 budget cycles, other funding partners, such as Germany’s international development arm (GIZ), are closing down their technical support programs to the country.

The decline in donor funding bring greater emphasis to the need for a successful transition of the funding and management of HIV/AIDS program activities to the government. HFG is working to improve the use of key health finance and costing data for decision making, and to enhance the capacity of the Namibian government to sustain the multi-sectoral HIV/AIDS response.

Implementation and institutionalization of NHA using the updated framework

As the country continues its economic transition, Namibia’s Ministry of Health and Social Services (MoHSS) recognizes the need to track the magnitude and flow of resources to the health sector to monitor the resources and inform policy and planning (specifically resource allocation). Building on past attempts to document funding sources for various types of health services, the Ministry has made National Health Accounts (NHA) the cornerstone of its regular resource tracking. Through HFG, USAID/Namibia is supporting the MoHSS in the implementation and institutionalization of NHA for resource tracking using the updated System of Health Accounts (SHA 2011) and Health Accounts Production Tool (HAPT)—a tool developed to streamline Health Accounts exercises.

Initial work on the Namibia Health Account exercise began in May 2014 with the development of a work plan. The results were validated and disseminated in July, 2015. It is anticipated that the results of the NHA 2013 will be used by the Namibian government to gauge the progress towards financial sustainability of the overall health sector, fund priority areas—including HIV, tuberculosis (TB), malaria, maternal and child health (MCH), and non-communicable diseases (NCDs)—and inform decision-making as the country continues its economic transition. The results of the NHA will also help provide the MoHSS with evidence supporting the role of the private sector in funding and managing the resources flowing through the health system, and reductions in out of pocket spending.

HFG’s Namibia team is also providing technical support to the Social Security Commission (SSC) through the Universal Health Coverage Advisory Committee for Namibia (UHCAN). The UHCAN is tasked with developing policies and systems to provide greater access to healthcare services for Namibia’s most vulnerable populations—particularly the unemployed, uninsured, and people living with HIV/AIDS. HFG is conducting a health financing review to ensure financial sustainability and country ownership of the HIV/AIDS multi-sectoral response through strengthened local capacity in health financing and governance. The HFG project will provide the GRN with the health financing data it needs to effectively sustain the HIV/AIDS response as PEPFAR further transitions from direct service delivery of prevention, care, and treatment programming to Namibian-owned, managed and led responses.

Where We Work: Africa