You are here:Home›Resources ›Performance Based Incentives to Strengthen Primary Health Care in Haryana State, India: Findings from a formative investigation 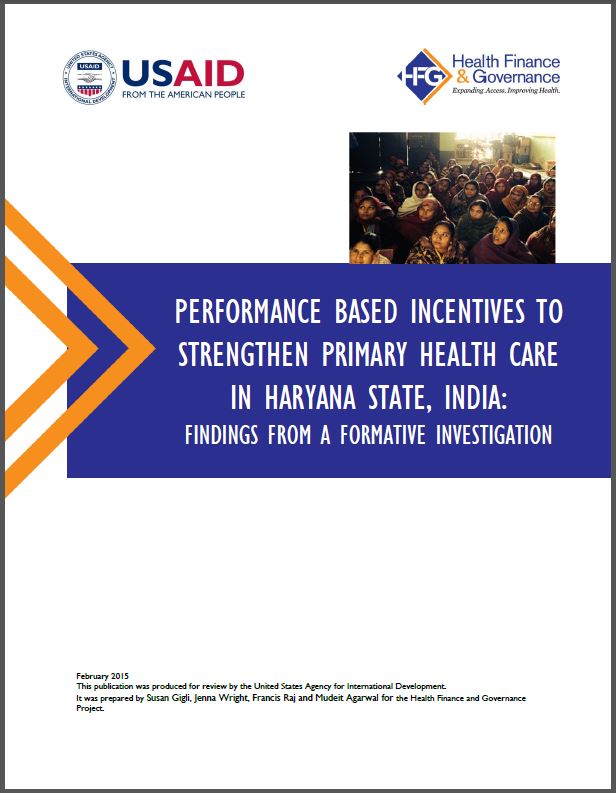 The Government of Haryana is interested in adopting a performance-based incentive (PBI) scheme aimed at strengthening primary health care results. In December 2014, the HFG project conducted a qualitative investigation among 10 public health facilities in two Blocks in Haryana in order to understand the existing incentive and operating environments and to inform the design of a PBI scheme. This report presents the findings of the formative investigation and relevant contextual information on the health system in the selected districts with a view toward supporting an effective PBI scheme in Haryana. The findings and considerations fed into a stakeholder PBI design workshop in early 2015.

The study suggested strongly that a PBI scheme—communicated clearly and perceived as fair—could lead to a change in the overall work culture from one that inadvertently encourages passivity to one that promotes teamwork, engagement, initiative, transparency and accountability.