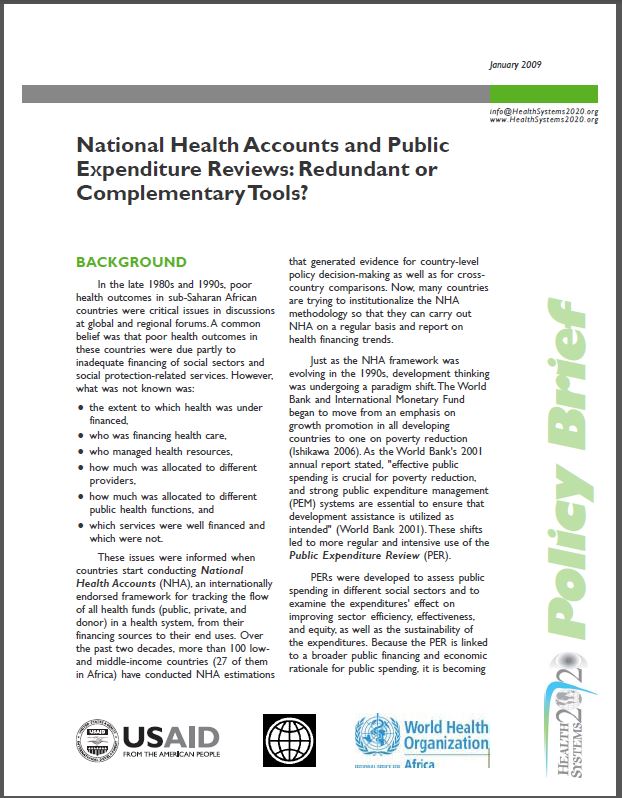 These issues were informed when countries start conducting National Health Accounts (NHA), an internationally endorsed framework for tracking the flow of all health funds in a health system, from their financing sources to their end uses. Just as the NHA framework was evolving in the 1990s, development thinking was undergoing a paradigm shift. These shifts led to more regular and intensive use of the Public Expenditure Review (PER).

Government and donor promotion of both NHA and PER raises the question, Is there a need to conduct NHA in countries that are undertaking PER and vice versa, or are these tools redundant? This issue is of particular concern to African countries and to development partners including the World Bank that are increasingly implementing NHA and
conducting an increasing number of PERs in Africa.