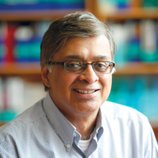 Allyala K. Nandakumar is the Chief Economist at the Bureau for Global Health, USAID. A Professor of Practice at Brandeis University, Dr. Nandakumar serves as the Director of the Institute for Global Health and Development at the Heller School for Social Policy and Management. He began his career in 1977 in the Indian Administrative Service. He has worked for 25+ years in healthcare financing in both developed and developing countries, including the United States, India, Bangladesh, Botswana, Egypt, Jordan, Kenya, Mongolia, Myanmar, Rwanda, Tanzania, Tonga and Western Samoa. As USAID’s first Chief Economist for global health, Dr. Nandakumar lends his vast technical and managerial experience in healthcare financing to strengthen USAID’s global health interventions aimed at protecting and promoting the well-being of the most vulnerable populations around the world. In India, his recent focus has been on engaging with the information, policies, and innovations that could inform the universal health coverage agenda, looking closely at new approaches to financial health risk protection. As moderator for the technical consultation meeting exploring health insurance approaches for the urban poor in India, Dr. Nandakumar would play the crucial role of guiding and facilitating the discussion to effectively bring out the key imperatives for developing a comprehensive health insurance strategy for India’s urban poor.

Among the awards and honors received by Dr. Nandakumar are Exemplary Service to USAID (2015) and mentoring reward for the support provided to the USAID mission in India (2015). 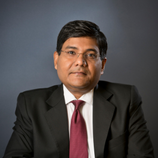 Mayank Bathwal heads Aditya Birla Health Insurance Co. Ltd., one of India’s private health insurance companies. As its Chief Executive Officer, his oversight spans the company’s key functions, including finance, planning, IT, operations, strategy, investment, and customer service. Mr. Bathwal joined the Aditya Birla Group in early 1994, going on to contribute in various senior leadership roles on the different units and projects of the group, including setting up of its life insurance venture. With 20+ years’ rich experience in the financial services industry, especially in the insurance space, Mr. Bathwal’s insights on the insurance landscape and the opportunities for growth therein, hold tremendous value for the discussion on expansion of health insurance for the urban poor and the role private sector players can play to this end. 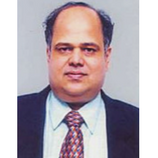 Gopalan Srinivasan is the Chairman-cum-Managing Director of The New India Assurance Company Limited, a wholly Government of India-owned multinational general insurance company operating in 28 countries. In his 30+ years of experience in the general insurance industry, Mr. Srinivasan has worked in several senior leadership positions, handling both operations and corporate management portfolios in India and abroad. He has served as a member on many committees of the Government of India and the Insurance Regulatory Authority of India. Besides his role as the Chairman of the General Insurance Council and the General Insurance Public Sector Association, he also serves as Director on several major boards, including that of the General Insurance Corporation of India, Mumbai. The panel discussion exploring collaborative approaches to health insurance for the urban poor would immensely gain from his rich public insurance insights and perspectives. 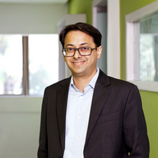 Kaushik Sen is the co-founder and Chief Executive Officer of Healthspring, a leading primary care provider delivering healthcare solutions to individuals, families, and corporate clients across multiple cities in India. Prior to founding Healthspring, Mr. Sen worked for over a decade with management consulting firm Bain & Co. at its offices in India, U.S., and Singapore. At Bain, he extensively worked with hospitals, pharma, and medical technology firms. In his current role at Healthspring, Mr. Sen is working to expand the company’s footprint in the country, from about 33 family health clinics at present to 250 centers over the next few years. Healthspring has been the recipient of a USD 9 million loan guarantee from USAID; the support is geared at helping the company achieve the targeted network expansion toward the aim of bridging the medical services gap in India. As a panel speaker at the consultation meeting, Mr. Sen would bring to the discussions his rich experience as a growing private provider of primary care solutions in India’s urban centers.

Mr. Sen received a full scholarship to pursue his undergraduate studies at Colby College, U.S., where he majored in mathematics and economics. He received his MBA from the Harvard Business School in 2003.  Mr. Sen is a Salzburg Global Fellow, and has featured on The Economic Times’ annual ‘40 Under Forty’ business leaders list for 2017. 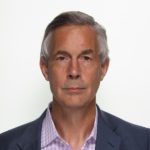 Bob Fryatt is the Director of the Abt Associates-led Health Finance and Governance (HFG) project, a five-year,  global health project funded by USAID. Under his leadership, the project is forging ahead to strengthen collaborations with partners and health sector stakeholders in more than 30 countries to improve their health systems and boost health outcomes. A public health and health financing expert, Dr. Fryatt has more than 25 years of experience in low-, middle-, and high-income countries in Asia, Africa, and Europe. His areas of expertise include public health strategy, institutional development, health systems, governance, health economics, and service delivery reforms. Prior to joining Abt, Dr. Fryatt worked with USAID, the UK Department for International Development (DFID), and the World Bank. He has also served as an adviser to the South African Ministry of Health and was the coordinator of the International Health Partnership, and the High-Level Taskforce on Innovative Financing for Health Systems at the World Health Organization. As a panel speaker at the consultation meeting, Dr. Fryatt would bring to the discussions his rich experience and study of financing mechanisms and innovative funding for health.

Dr. Fryatt began his career as a clinician, obtaining his medical degree in London. He holds a Medical Doctorate on economics and tuberculosis control from the University of London and a Master’s Degree in public health medicine from London University. He is a Fellow of the U.K. Faculty of Public Health.