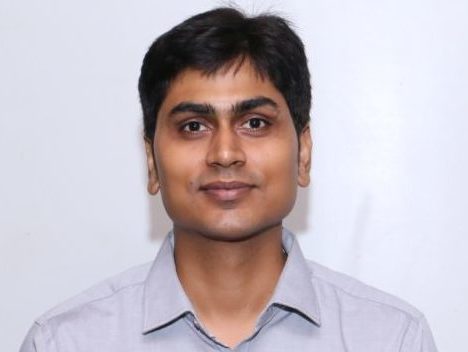 We caught up with him at the dissemination event organized to share the Haryana Health Accounts findings with key state leadership and stakeholders. Dr. Sharma spoke with HFG about his experience in conducting Health Accounts and the crucial role its insights on public health financing can play in the state’s progress toward universal health coverage.

In your opinion, will the production of state-level Health Accounts contribute to a stronger health system in Haryana?

Yes, absolutely! Firstly, and most importantly, the Health Accounts (HA) findings have given us a roadmap for achieving universal health coverage in the state. It is ironic that Haryana is one of India’s richest states, but has one of the lowest expenditures on public health. One of the key findings of the HA has been the high out-of-pocket (OOP) spending by households in Haryana, which stands at about 72 percent – among the highest in the country. Catastrophic expenditure on health is pushing people into poverty, and will continue to do so unless public health resources are increased and effectively allocated and tracked. The HA findings have revealed the scale of the issue and made clear the urgent need to strategically address public health financing challenges. The results have helped us to make tangible connections between public health expenditure and health outcomes. For example, the reduction of the maternal mortality rate tells us that outcomes improve when there is a strong government focus and robust financing. Conversely, the high household OOP on heart diseases and diabetes points to the relative neglect of non-communicable diseases in public health expenditure.

This is the first time Haryana has produced HA. How was your overall experience with the exercise?

Haryana has successfully completed HA production for the year 2014/15 in just over a year and a half. This is the first instance in the country where HA has been done using the Health Accounts Production Tool (HAPT)—developed jointly by USAID’s Health Finance and Governance (HFG) project and the World Health Organization. Some other states in India have also completed a round of state-level HA, but Haryana has been a pioneer in the use of the HAPT to conduct HA.

The first-time use of HAPT was a considerably demanding experience, but brought with it a lot of learning. The methodology was new and there were very few examples of its application; there were examples from some African countries but no examples from India. We successfully completed the HA exercise using the internationally standardized methodology and produced findings that will be of crucial significance for public health planning in the state.

What are the key challenges you encountered during your work on the HA?

The initial challenge for us lay in getting the buy-in from policymakers in the state for undertaking the HA exercise, why it was necessary, and who would do it. The HFG team played a major part in building consensus among state policymakers on the need for producing state-level HA. After a series of consultations, the responsibility for producing the HA was given to the Haryana State Health Resource Centre (HSHRC) which then established an HA Cell.

As we set out to conduct the HA, data collection posed the next major challenge. HA production is an extremely data-intensive exercise, so data collection is crucial. We needed considerable inter-departmental coordination to get data from various government departments and bodies, including different ministries, urban and rural local bodies, and the state employee insurance agency and scheme.

The private sector presented an even bigger challenge. Private insurers, employers, and NGOs were not very willing to share their spending data with the government. We partly addressed this issue by taking the needed data from their annual reports and other publicly available documents.

The support provided by HFG ranged from technical assistance to providing the tools and resources required for the production of HA for Haryana. How did this support help you address some of the challenges?

HFG’s support was critical to addressing the challenges. As co-creators of the HAPT, they had expertise and international experience in its application. The HFG team supported us right from the start by helping us become conversant with the methodology and the tool, and through to the actual production of results. They helped us identify the potential sources of data and guided us on entering the data into the tool to derive meaningful results on the state’s public health financing landscape. With our small team within the HA Cell of HSHRC, we would have, of course, liked even more hands-on, daily support from the HFG team.

Do you feel confident about producing HA for Haryana in the future? Do you think the support HFG provided will impact how the HA exercise is conducted in the future?

I am confident about producing HA for Haryana if this exercise is undertaken again. Apart from the hands-on experience producing the Haryana 2014/15 HA, I also have formal training on HA methodology. I was trained at the national level by the National Health Systems Resource Center (NHSRC), which is the highest body for technical assistance on health policy and programming in India. I also received training from HFG at the state level on the System of Health Accounts 2011 (SHA 2011) tool and methodology. HFG’s support on the methodology, processes, and tool, has given HSHRC the expertise required to undertake this exercise successfully on its own in the future. 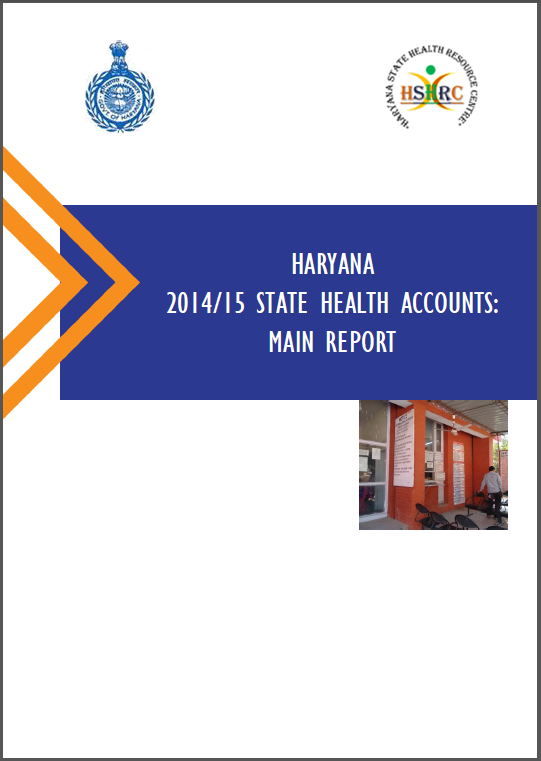 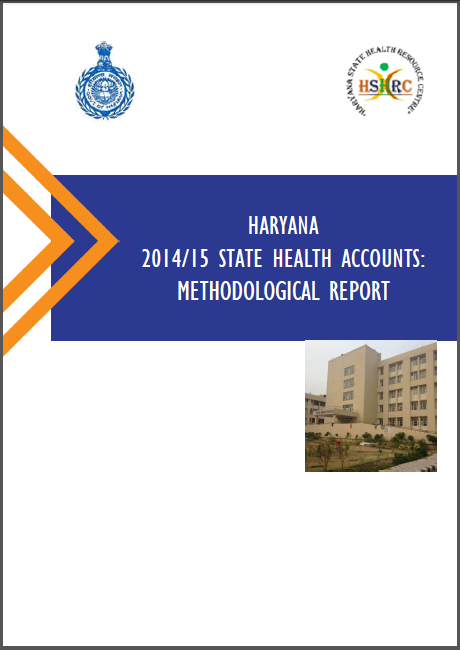