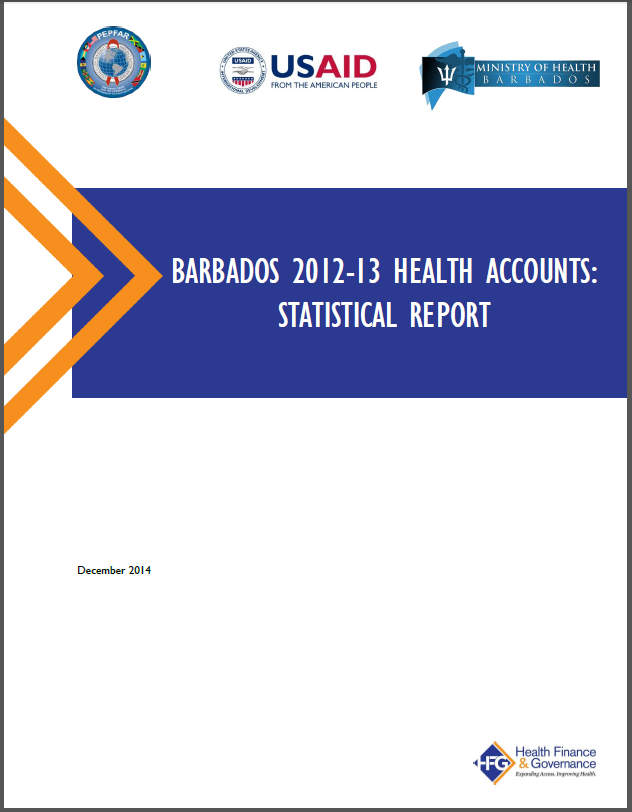 The lack of solid up-to-date health financing information for evidence-based planning inspired the Ministry of Health (MOH) to conduct a Health Accounts (HA) exercise. Although the Ministry completed a Health Satellite Accounts (HSA) exercise in 2013, lack of complete National Accounts data resulted in incomplete spending captured for key groups such as commercial insurance companies, private employers, and households. The Ministry of Health (MOH) therefore conducted a HA exercise complementing the evidence from the HSA to better understand health spending and to inform resource allocation decisions in order to achieve its UHC objective1. Barbados is currently undergoing consultations for health financing reforms and the HA data will ensure that reforms are designed based on sound evidence.

As part of the exercise, the HA analysis also sought to understand the sustainability of financing for HIV/AIDS and where HIV/AIDS resources are being spent given the increasing competing priorities for resources from areas such as NCDs.

This Barbados 2012-13 HA was conducted between June and December 2014. Following the launch workshop in June 2014, the HA team, with representation from the Government of Barbados and the Health Finance and Governance (HFG) Project, began primary and secondary data collection. Collected data were then compiled, cleaned, triangulated, and reviewed. Data was imported into the HA Production Tool and mapped to each of the SHA 2011 classifications. The results of the analysis were verified with MOH stakeholders in November and with a wider group of country stakeholders in December 2014. The official dissemination workshop took place December 18th, 2014.