You are here:Home›Resources ›Tanzania: Governing for Quality Improvement in the Context of UHC 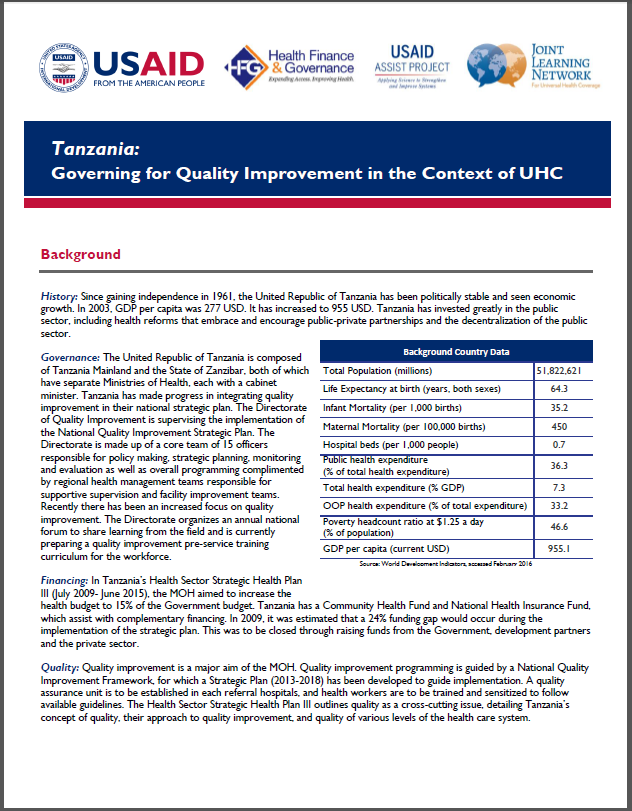 Since gaining independence in 1961, the United Republic of Tanzania has been politically stable and seen economic growth. In 2003, GDP per capita was 277 USD. It has increased to 955 USD. Tanzania has invested greatly in the public sector, including health reforms that embrace and encourage public-private partnerships and the decentralization of the public sector. The United Republic of Tanzania is composed of Tanzania Mainland and the State of Zanzibar, both of which have separate Ministries of Health, each with a cabinet minister. Tanzania has made progress in integrating quality improvement in their national strategic plan.