You are here:Home›Resources ›SHA 2011 Explained in New Brief 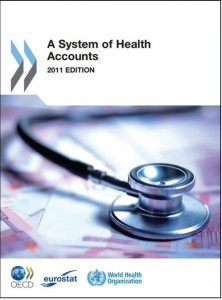 Health resource tracking is a vital component of health systems strengthening because it gives stakeholders valuable information about patterns in the financing, provision, and consumption of health care resources.

The System of Health Accounts (SHA) is an internationally standardized framework that systematically tracks the flow of expenditures in a health system. The SHA is critical for improving governance and accountability at the national and international levels of policy-making.

First published in 2000, SHA was adapted to the developing-country context in a new version called National Health Accounts (NHA). More than 100 developing countries have completed NHA estimations, many with support from USAID, to better inform their health policy and measure their health systems’ performance.

Recently, an updated version of the SHA was produced. Known as SHA 2011, this new statistical manual improves upon the original SHA by strengthening the classifications to support production of more detailed results and by introducing new classifications that expand the scope of the analysis and provide a more comprehensive look at health expenditure flows.

The brief, What is SHA 2011 and How Are SHA 2011 Data Produced and Used? presents the main features of the SHA 2011 framework, discusses the process of its implementation and, ultimately, institutionalization within routine government operations, and also highlights key differences between the NHA and SHA 2011.