You are here:Home›Resources ›Health of Vulnerable Populations Front and Center at Prince Mahidol Award Conference

This week, more than 900 of the world’s top public health experts and advocates are gathered in Bangkok for the annual Prince Mahidol Award Conference (PMAC). The award was established in 1992 to honor the 100th birthday anniversary of Prince Mahidol of Songkla, whom Thais revere as the country’s “Father of Modern Medicine and Public Health.” He was also the father of the late King Bhumibol Adulyadej. HRH Princess Maha Chakri Sirindhorn, Prince Mahidol’s granddaughter, officially opened the conference on Wednesday morning.

At the opening plenary, Gro Harlem Brundtland said, “Thailand is home to one of the most socially inclusive health systems in the world. As your economy has grown, you have extended your benefits package using efficiency and equity as your principals. It has become a model for health reforms across the world. You are closer to the ideals of universal health coverage (UHC) than many high-income countries.” Brundtland is the former Director-General of the World Health Organization and former Prime Minister of Norway.

Before the conference opened, two USAID-sponsored side sessions focused on the 2017 PMAC theme – Addressing the Health of Vulnerable Populations for An Inclusive Society. On Sunday, Jennifer Adams, Acting Assistant Administrator in the Bureau for Global Health, welcomed 70 people to the session entitled Extending Coverage to Marginalized Groups:

“On behalf of USAID, I offer my heartfelt condolences to Her Majesty Queen Sirikit, her children and grandchildren, and the people of Thailand on the passing of His Majesty King Bhumibol Adulyadej. His Majesty was a tireless champion of his country’s development and demonstrated unflagging devotion to improving the standard of living of the Thai people. His Majesty’s care for the Thai people is an example of the leadership required to build a strong health system, committed to caring for all Thai people.” 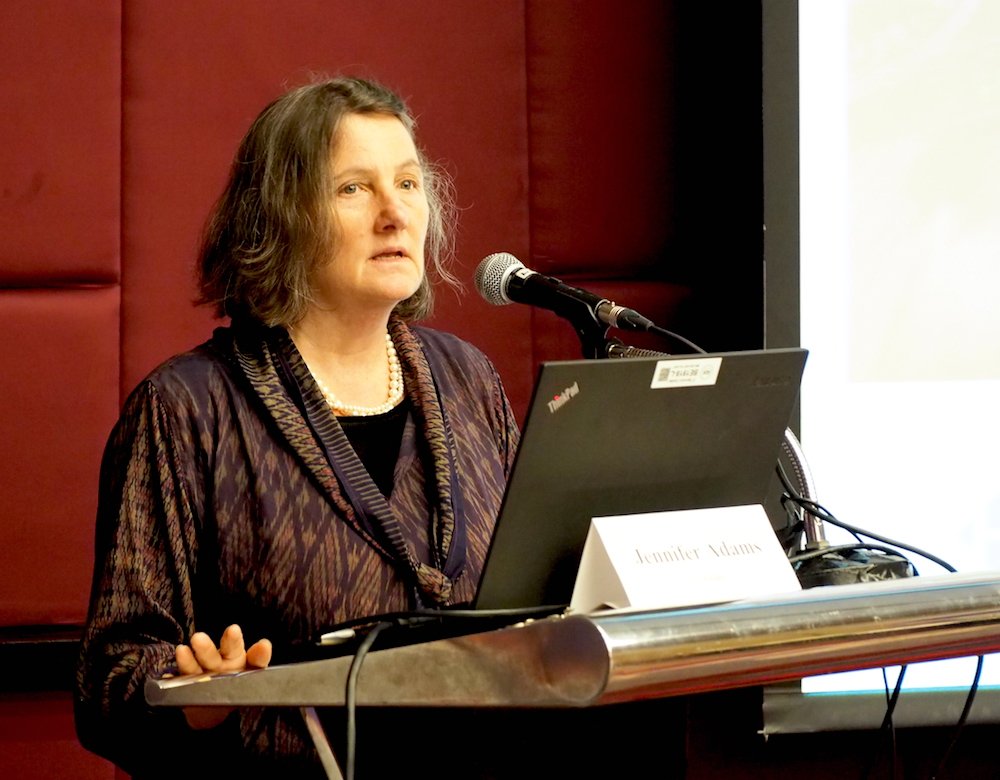 The all-day session drew on country experiences and global evidence to explore strategies to expand financial protection to those who are often excluded ‒ the informal sector and the poor ‒ and how initiatives targeting the most vulnerable can be scaled up. Speakers included Jodi Charles, USAID’s Senior Health Systems Advisor, Office of Health Systems; Asha George, School of Public Health, University of the Western Cape; Davidson Gwatkin of the Results for Development Institute; and Prastuti Soewondo, Government of Indonesia. This event was co-hosted by USAID’s Office of Health Systems and three USAID global health projects – the Health Finance and Governance (HFG), Sustaining Health Outcomes through the Private Sector Plus (SHOPS Plus), and Health Policy Plus (HP+) projects.

Asha George, HFG Project, shared findings from a new prospective study in Gujarat, India, that tracked pregnant and postpartum women’s use of maternal healthcare services using a report card and community level dialogues. A key finding was that even in a “well performing” state, non-governmental organizations play a critical role in addressing both demand and supply side barriers that can inhibit governments’ capacity to provide quality services.

Thomas Maina, HP+ Project, shared insights on Kenya’s program to offer free maternity care. “We are looking at free maternity as one way to help Kenya achieve UHC. We have seen tremendous results. We are now at 650,000 deliveries; our target is 900,000 deliveries. In terms of moving toward UHC, the process has been slow, but I can see there is the political will, but we need to do quite a lot.”