Leaders of the Group of Seven (G7) nations are gathering in Ise-Shima, Japan to discuss not only the global economy and trade, but also universal health coverage (UHC) and the Sustainable Development Goals. Japan has achieved UHC, and Prime Minister Shinzo Abe is a champion of UHC as a way to preserve human security. 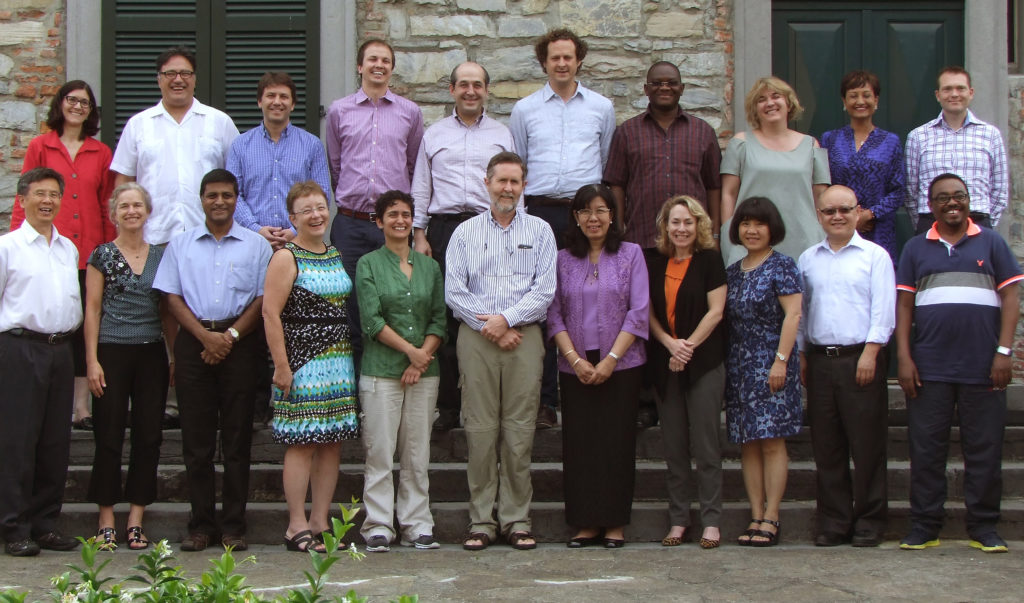 In a new report in this week’s The Lancet, the Japan Global Health Working Group writes: “Promoting universal health coverage  will help prevent another disease outbreak similar to the recent Ebola outbreak in West Africa, and create robust health systems, capable of withstanding future shocks. Robust health systems, in turn, are the prerequisites for achieving UHC.”

Dr. Gavin Yamey is a member of that working group and a professor at the Duke Global Health Institute. He attended the small expert meeting co-sponsored by USAID’s HFG Project at the Rockefeller Foundation’s Bellagio Center last summer. The meeting ‒ Global Health 2035: Progressive Pathways towards UHC and Health Systems Strengthening ‒ explored the practical realities of implementing pro-poor UHC in low- and middle- income countries, and produced a series of reports and briefs.

HFG recently caught up with Dr. Yamey and asked him to reflect on the growing global push for UHC.

Q. You attended the Universal Health Coverage in the New Development Era meeting in Tokyo in December. The guest list read like a Who’s Who of Global Health – Margaret Chan, Bill Gates, Richard Horton, Ariel Pablos-Mendez. What did the meeting achieve?

The fact there were so many high-level people was a strong signal of just how far the UHC discussion has come. And now, the fact UHC is so high on the agenda of the G7 this year is another strong signal. In Tokyo, Bill Gates was talking about primary health care and tying it to the strong delivery of HIV and AIDS services – these are all powerful signs about the importance of UHC today.

Q. At the Bellagio Center, a group of 21 experts, including officials from 9 Ministries of Health, discussed the evidence, or lack thereof, on how to achieve UHC. What surprised you during these discussions?

There were lots of surprises. One was the depth and strength of people’s feelings that making progress toward achieving pro-poor UHC is a very much a political process. Of course, there are technical questions around what’s in the package and how you finance it and so on, but in the end I was surprised by how strong the feeling was among the participants, especially those in government, that you can have the best technical plan in the world, but if you don’t have a sense of how to move the politics, then the reform will be a pipe dream.

When Mexico did poorly in the famous 2000 WHO report– that is, poorly on fair financing measures –that moment led to substantial policy changes, including the introduction of Seguro Popular. You need to be poised and ready to go to take advantage of these moments.

Q. Governance was an issue as well as financing?

Yes. From the civil society folks there was sense that we haven’t tapped into citizen demands and engagement yet – we haven’t figured out how to do that. Also, there are many missed opportunities to capture lessons learned. We need to figure out how to capture and share country experiences better.

Q. In your opinion, what is the biggest hurdle to achieving pro-poor UHC?

It will be different for every country – each one is starting at different place. There are clearly a set of shared issues around mobilizing resources, prioritizing interventions, and building delivery systems.

We do have a new normal now – the stagnation in health aid. It might rise again through new donors or private funding, but if we are in a period of stagnation and have these new SDGs, then it’s clear that DRM [domestic resource mobilization] is going to be the most important source of financing for these goals.

There is an important political agenda to turn economic growth into health spending. Low and middle-income countries are on course to add trillions to their GDPs. If they could set aside one to three percent of that money for health, then much could be financed domestically. But there is a lively debate around how to spend on health versus education and other priorities.

Q. What are the next steps for the UHC agenda?

USAID has shown tremendous leadership in this area. There will need to be conversations on how to get there, how to prioritize and finance UHC. International assistance can come into play in some countries. For other countries it will be technical assistance around finance and designing the health benefit packages and so on. 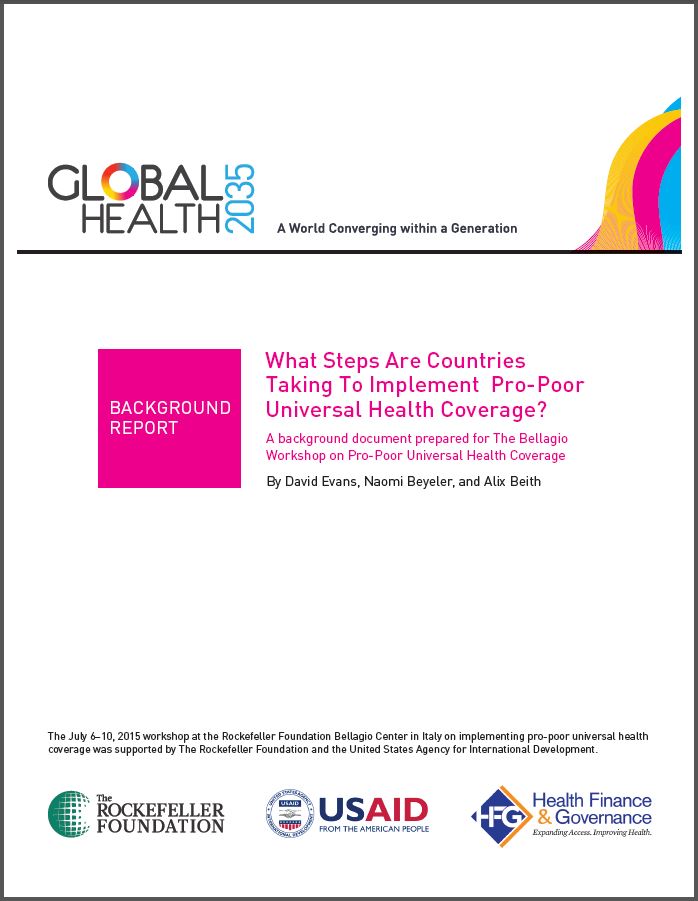 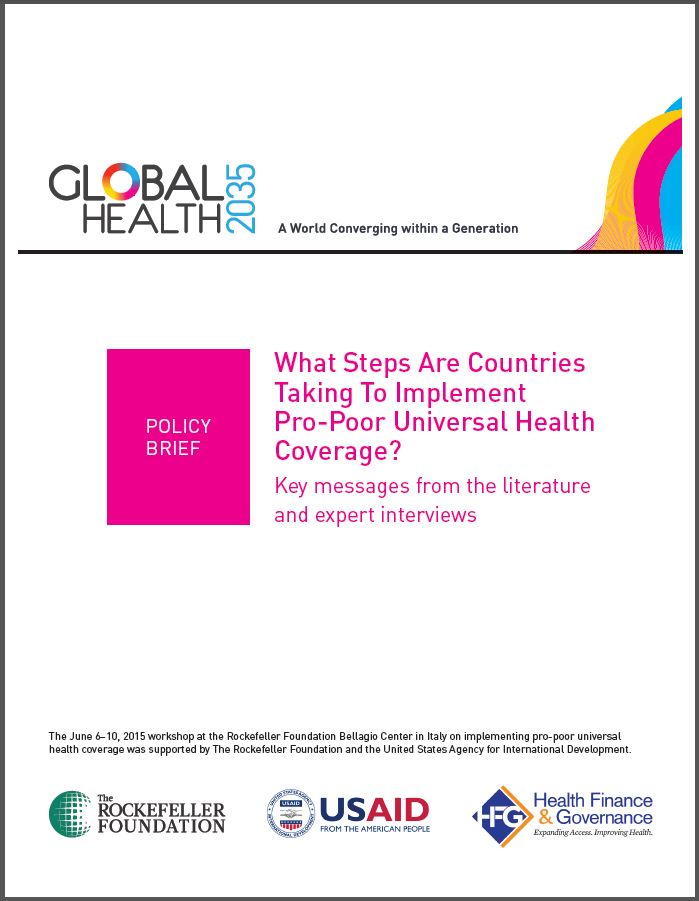 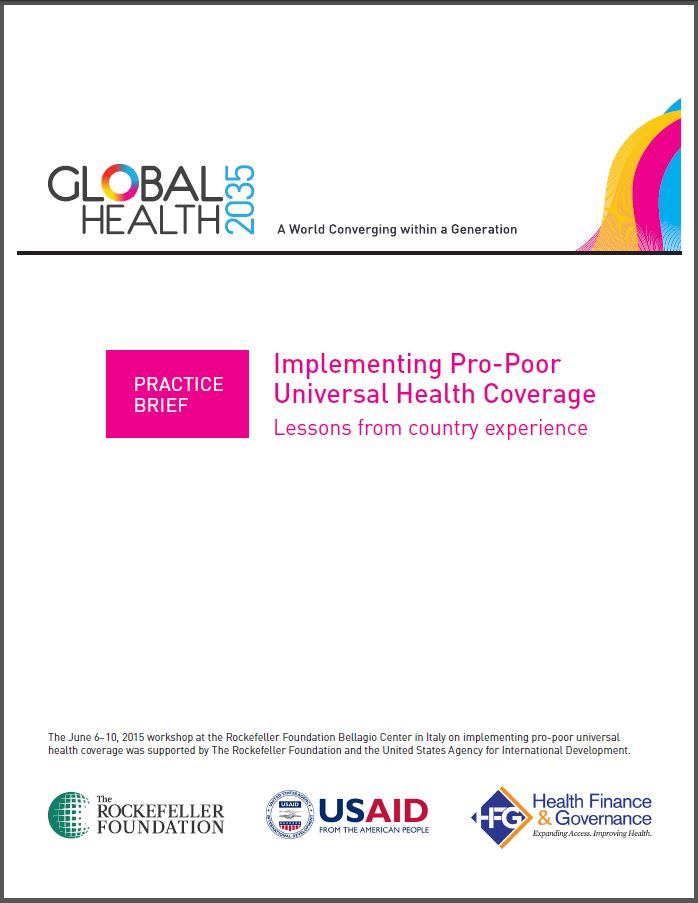 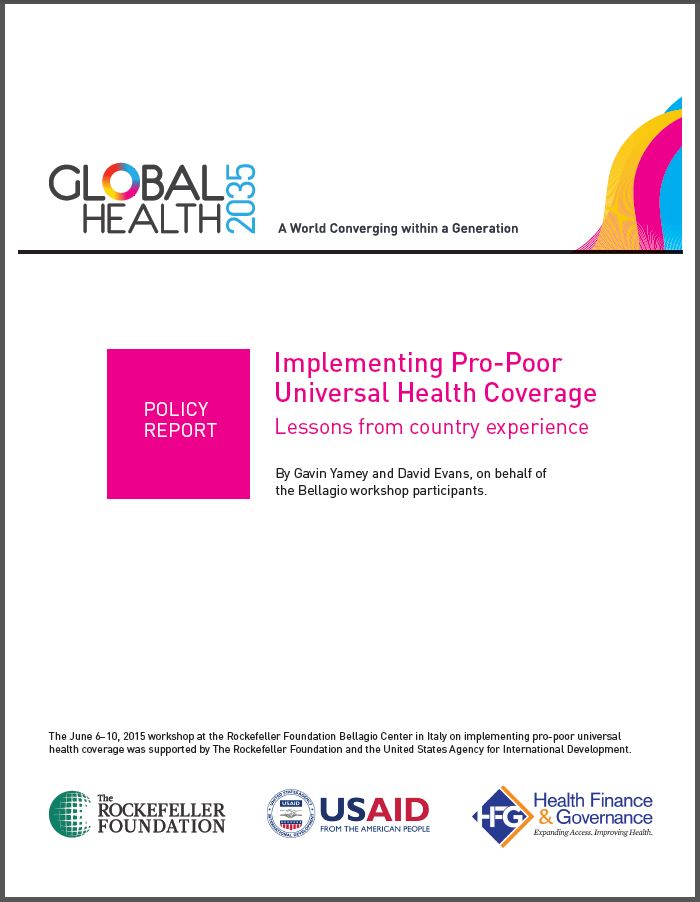 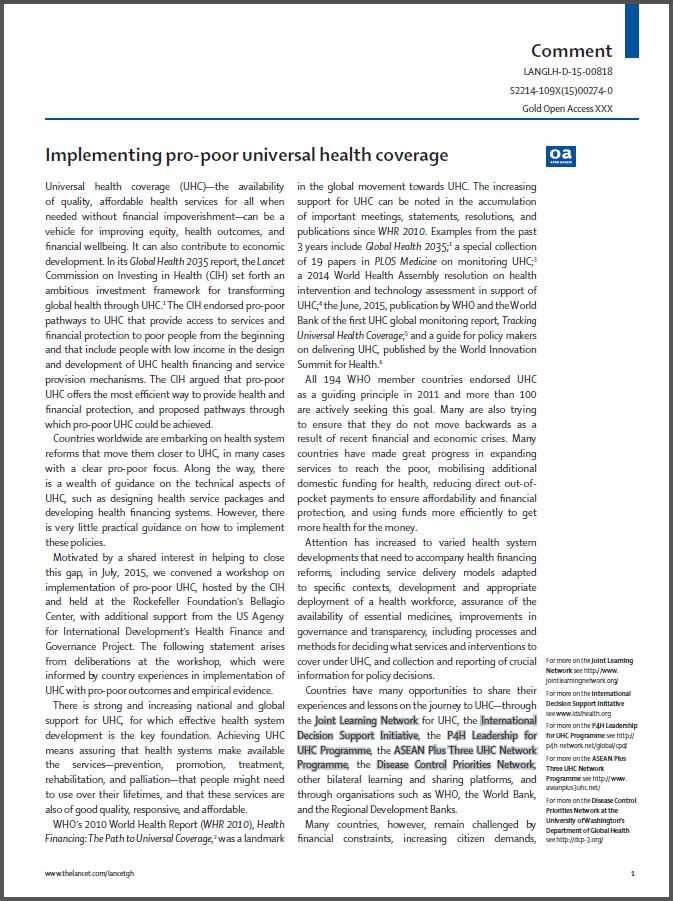