You are here:Home›Resources ›Building Support for UHC in Bangladesh 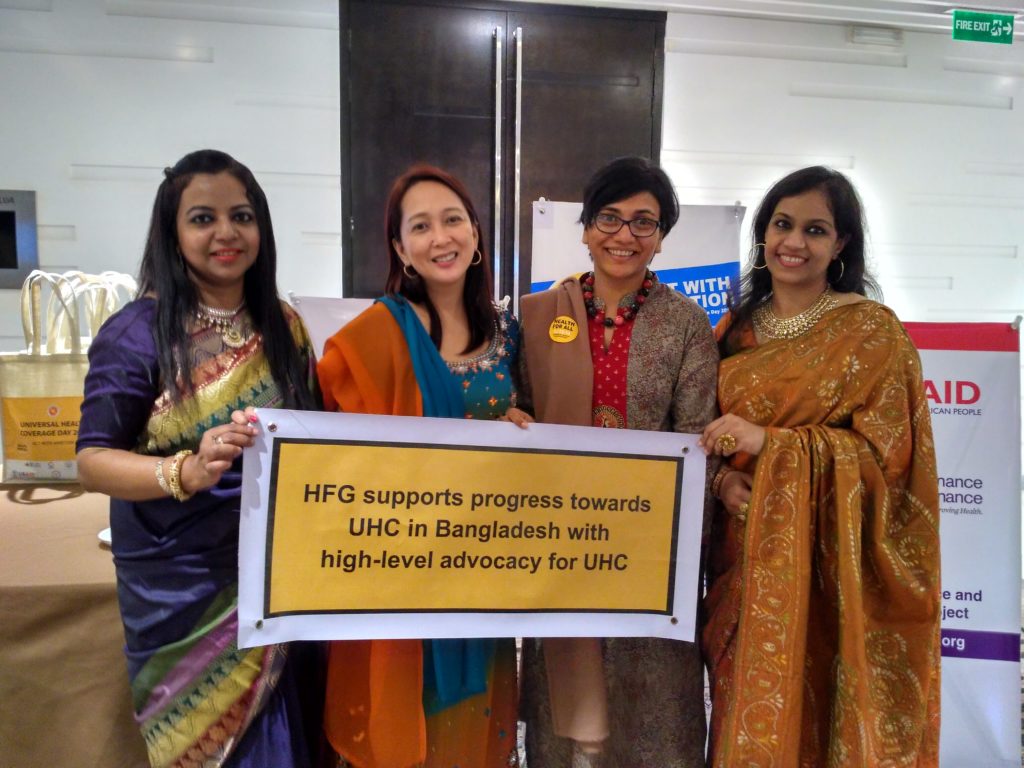 As a concept and a strategy for designing future health sector programs, Universal Health Coverage (UHC) is gaining momentum in Bangladesh, especially in the context of the Sustainable Development Goals (SDGs). The government has made commitments for achieving UHC and has taken key initiatives, including implementing a Communication Strategy for UHC.

HFG is working with local partners to support that strategy by helping to develop a critical mass of professionals who can carry forward the UHC agenda there by increasing their knowledge of UHC, especially in Bangladesh’s context.

The talk show took place on the popular RTV and focused on “Acting with Ambition to Build Awareness of UHC.” The Director-General of the Health Economics Unit, Ministry of Health and Family Welfare, prominent members of the academia and civil society leaders spoke about how to advance towards UHC in Bangladesh. They discussed the meaning of UHC and sought to dispel misconceptions about it.

The dinner reception in celebration of UHC Day was attended by senior officials from the government, NGOs, and academic institutions. They included Dr. Sukumar Sarkar of USAID Bangladesh, four Director-Generals, two retired Health Secretaries, as well as the new Secretary of Health, Md. Sirazul Islam. 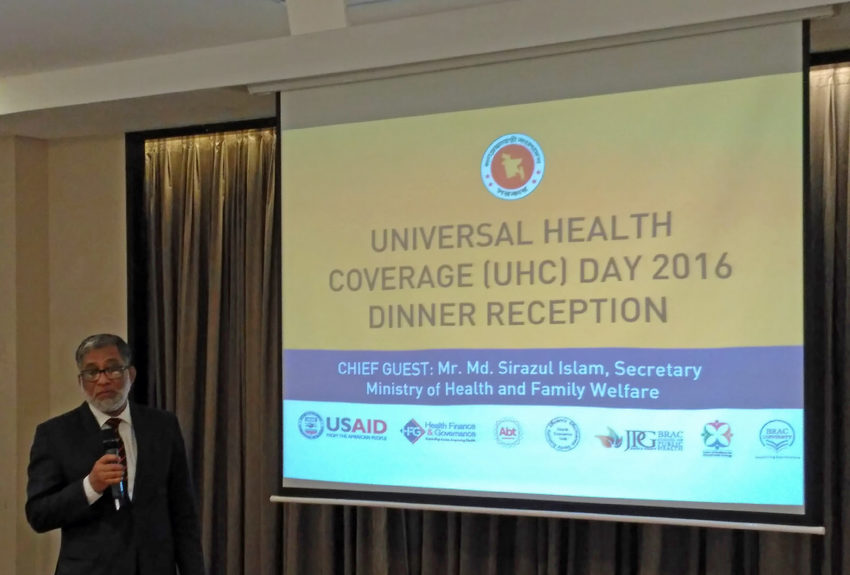 Secretary Islam spoke of the Government’s commitment to UHC, saying that “UHC is ambitious but achievable” and Bangladesh will reach the UHC target like MDG’s targets if everyone  works together. He also said that to reach UHC, “we should emphasize the poor and marginalized people first”  and then other groups of people will come one by one.