You are here:Home›Resources ›Association Between Malaria Control and Paediatric Blood Transfusions in Rural Zambia: an Interrupted Time-Series Analysis 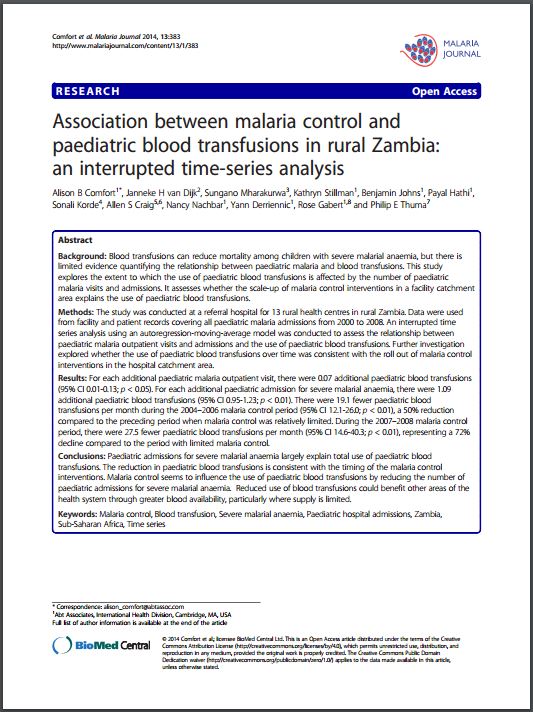 Resource Description: This study published in the Malaria Journal investigates the association between malaria control scale-up and the use of pediatric blood transfusions, which can reduce mortality among children with severe malarial anemia.  The study aims to better understand the effect of malaria control scale-up on availability of hospital-level resources, specifically blood, which can be used by patients with other conditions.

Related study – Hospitalizations and Costs Incurred at the Facility Level after Scale-up of Malaria Control: Pre-Post Comparisons from Two Hospitals in Zambia