You are here:Home›Resources ›Additional Domestic Resources to Scale-Up the HIV and TB Response in South Africa 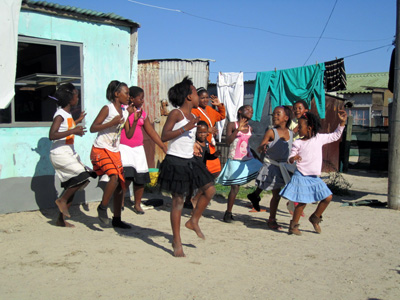 To tackle its substantial HIV and tuberculosis (TB) burdens, South Africa  continues to rapidly scale up its response to both diseases. Over the past decade, the government of South Africa (GoSA) dramatically increased its financing for HIV and TB programs.

By the end of 2015, more than 3 million South Africans were taking life-sustaining antiretroviral drugs (ART) every day. Now the GoSA is aiming even higher by adopting ambitious national 90-90-90[i] coverage targets , which will require initiating at least 670,000 new patients on AIDS treatment annually starting in FY 2016/17.[ii] Major investments are also needed to intensify TB case-finding, improve diagnostic testing, and both better prevent and cure the thousands of drug-resistant cases—in 2014 more than 18,000 South Africans acquired drug-resistant TB, and less than half of them had access to essential, second-line treatments.[iii]

Rapid scale-up requires credible resource needs estimates to inform budget allocations. In the spring of 2015, South African officials and experts, in partnership with UNAIDS, finalized the detailed HIV and TB Investment Case that laid out the resource requirements for achieving the country’s coverage goals. Next came the complex task of translating the Investment Case’s findings into recommended budget allocations in South Africa’s Medium Term Expenditure Framework (MTEF), wherein the GoSA determines its budget plans for the next three financial years.

Through intensive engagement in July–September 2015, the USAID/PEPFAR-funded Health Finance and Governance Project (HFG) supported the GoSA National Treasury (NT) in its analysis of HIV and TB budget bids. Each year, NT solicits bids from other national departments for additional funding or to redistribute resources across departmental programs. In this case, the HFG team validated the National Department of Health (NDoH)’s bids against data from the HIV and TB Investment Case and advised both NT and NDoH on how to strengthen the submissions and prioritize investments given general fiscal constraints.

Informed by HFG’s analysis, NT proposed increased allocations for HIV and TB to the South African Cabinet. These were approved in October 2015 despite limited fiscal space and scant budget increases in other sectors. As a result, South Africa will increase its spending on HIV and TB programs in accordance with the Investment Case by adding:

Therefore, in addition to the expected USD 80 million outer-year augmentation for ART, the evidence-rich budget bids review process yielded a further USD 24 million in 2017/18 and USD 51 million in 2018/19 for the HIV and TB response in South Africa. To accommodate the additional TB funding and maximize its impact, the government expanded its main financing mechanism for the HIV response to create the Comprehensive HIV, AIDS and TB conditional grant. HFG played an important support role in enabling these successes.